It’s very rare for a new band to unwind people from their musical comfort zones and push themselves onto a crowd that can sometimes be too comfortable, too set in their ways as to who and what they like once they move past the age of 25. That’s why we love No/Hugs. Because they are here to punch you in the face and you are going to love them for it.

1-Refreshing blend of the past, present, and future.

No/Hugs is the new band that does old right and new even better – the stage presence, the energy and the music. Any age group can enjoy and relate to their show and that makes them unique and vital to the alternative scene of 2019.

Their set is original in every sense of the word – including the covers that are arranged to fit the band’s sound and vibe. Not many bands pay such close attention to detail and it’s something to be truly applauded for. 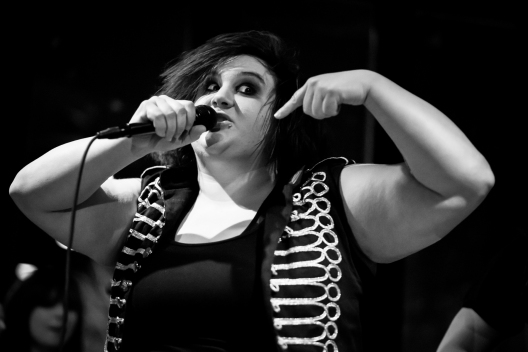 No/Hugs does not care about whether you believe in what they do or not. They have a bold message that is positive and vibrant and that is very refreshing! When was the last time an artist told you this is that without taking back their word or retracting their true feelings at the face of criticism?

“We are all-inclusive and we do not tolerate bullying. We will not give hate a social platform,” some quotes from their most recent interview on iHeart Radio. It’s very refreshing to follow a band that will not sell their hearts to the devil to steer controversy and a band that truly cares about their fan base and growth from a fan-to-fan basis. While browsing their social media I have found thousands of comments by fans expressing how wonderful their interaction with the band was online. 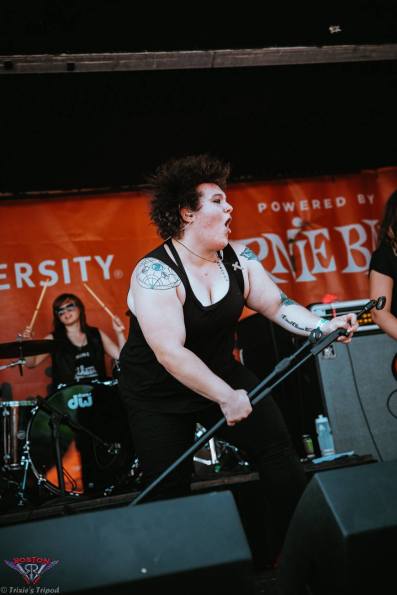 3-Their music is ear-candy

If you are into 4-Non-Blondes meets J-Rock meets Queen, then No/Hugs is the band for you. Reminiscent of good old Panic! At The Disco with the ever so theatrical My Chemical Romance twist- No/Hugs serves a neo-blend musical mark and we cannot wait to hear their debut album with Manic Kat Records.

4-All female – and why it’s important

Why acknowledge a band’s all-female mark? – and I get this question a lot. Go onto Rise Record’s or any record label’s roster and point out how many female artists are signed under the alternative genre who are NOT singers. Yep. It matters. Whether you like it or not.

The alternative scene is corroded with testosterone and when an all-female band rises to the realms of legendary all-male bands, it’s important to stand behind them and give them a push – not because of their gender but because of the talent and audacity to thrive in a scene that mansplains and disrespects.

5-Let’s talk about those vocals.

You gotta appreciate an authentic female rock voice when it knocks on your door. The first time I heard Narcissus sing, I sincerely cried. It was at Great Scott – a dive bar in Allston, MA and she touched me in ways I didn’t think were possible. I had walked in to share a drink with a friend without paying much attention to the bands playing up until I heard this powerful scream.

I turned and there was this woman just putting her soul and heart down for the audience. I think the highlight of that was when she broke into a quote of The Great Gig In The Sky. I remember everyone screaming and chanting.

Since then I caught No/Hugs at the 2018 Vans Warped Tour as well as the Whisky A-Go-Go in Los Angeles and their show is now refined beyond belief. Do yourselves a favor and get acquainted with everything this band does on social media or whatever else you decide to use.