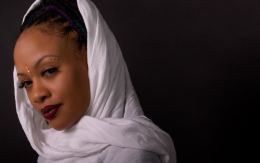 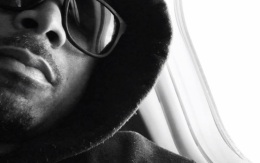 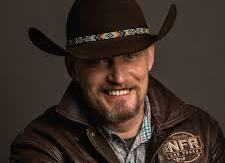 The next 4 names of the 50 share a common element, in that they have been independently discovered by many gate-walkers to correspond and correlate to the 4 great Archangels of Monotheism. These DimmerAnKia, Keepers of the Way of Heaven and Earth, are the human, earthly faces of great impersonal forces. These almost limitless powers are represented by the Four Holy Creatures depicted in Western art, also known as the Holy Living Beasts (Chaiot` Ha-Qadeshot):

Each of the four living creatures had six wings and was covered with eyes all around, even under his wings. Day and night they never stop saying: “Holy, holy, holy is the LORD God Almighty, who Was, and Is, and Is To Come.” (Revelation 4:8)

The Four Holy Creatures, that claim the Blood of the Initiate in their Seasons

We can thus anticipate that the Four Beasts of the Seasons found in the Urilia Text are a more primal and prehistoric version of the Four Guardians of the Name that we see depicted here.

The Third Name is MAR UTUKKU

Master of the Arts of Protection, chained the Mad God at the Battle.

Sealed the Ancients in their Caves, behind the Gates. Possesses the ARRA star.

The Archangel Michael, whose name means “Like unto El”, is considered to be the second-most powerful entity in the Universe by many monotheists. In the bible, he is called “The Prince of Israel”, and believed to be a special protector of the Nation of Israel. This makes him a guardian of all monotheists, but even pagans have called him to good effect and report him to be open-minded and tolerant. Michael is the Right Hand of God, the “Flaming Sword of the Lord YHWH”. Despite his awesome power, however, by all accounts Michael is kind, benevolent, compassionate, and loving to all humans who call upon him.

Michael Mar-Utukku “seals the ancients in their caves behind the Gates”. Traditional images of him feature a defeated Lucifer beneath his foot:

As “Mar Utukku” (Master of Spirits), all summoners are patronized by this angel, as well as all policemen and grocers. Anyone who seeks protection, bravery, courage, and inspiration can call upon this great Archangel for aid, comfort, and strength. Michael is the Commander of the Hosts of YHWH, and an Elohim Lord of the dominion of EL-LIL.

The Fourth Name is BARASHAKUSHU

Worker of Miracles. The kindest of the 50, and the most beneficent.

The Word used at his Calling is BAAL DURU.

The Archangel Gabriel is associated with this title, and although all angels are considered to be God’s messengers (malachim), Gabriel is the Archmessenger. Another term for this function, usually used to refer to his announcement of Christ’s birth to the Mother, is Anunciator. In the books of Mosaic Magic, an aspirant who seeks to enter into the Temple of El is required to obtain and utilize a ram’s horn (shofar). This ancient Jewish symbol is utilized during the High Holy days to call and announce the Presence of God to the four winds and directions of the world. Gabriel’s Horn is similarly called the Horn of Judgment, and was sounded by the Israelim during their conquest of Canaan in order to sonically breach the walls of the city of Yericho. The Tarot card of the same name features the dead rising from their graves, awakining to the Light of Eternity and Life itself. Gabriel Barashakshu is an angel that can work many miracles, including making barren women fertile and restoring shattered dignity to those who have been deeply wounded by the hurt of the world.

Put Order into Chaos. Made the Waters aright.

Commander of Legions of Wind Daemons who fought the Ancient Tiamat alongside MarDuk Kurios.

The Word used at his Calling is BAN UTUKKU.

The Archangel Raphael, a master exorcist, is known with this title. “Lugal” means ‘king’, “Dimmer” is a term of divine respect along the lines of “Dingir”, and “An-Kia” refers to Heaven and Earth. Raphael is thus the Incarnation of God in the Bond of Dur-An-Kia, a master of the Covenant and a Guardian of those who seek to uphold it.

This seal has a special property, I have discovered, that evokes the Jovial rulership of air spirits. It can be used to communicate with the Olympic Emperor Bethor, and obtains the recipes and directions for creating powerful medicines, salves, teas, and cordials that will cure many modern diseases and problems. Raphael, the Lugal Dimmer AnKia, appears in the apocryphal book of Tobit found in the Catholic bible, in which he helps the young man Tobias to free his betrothed from the curses of 7 demons. Sound familiar? 🙂

The Watcher of the Igigi and the Anunaki. Sub-Commander of the Wind Daemons.

He will put to flight any maskim who haunt you, and is the foe of the Rabisu.

None may pass into the World Above or the World Below without his knowledge.

His Word is BAN RABISHU.

The original name of the archangel Uriel, guide of Enoch and Ezra in Jewish lore, was “Nariel”. This is one of the strongest pieces of evidence to link Jewish religion with the religion promulgated by the Anunnaki, and suggests that the archangels of Jewish traditions were themselves sons of the God Anu, whom Christians revere as “The Father of Heaven”.

Anu is known in Judaism as “Elyon“, which can be seen as a contraction, or abbreviation:

= El+Y+On, the Three Great Watchers of the Necronomicon.

Incidentally, all angels in monotheism carry one of these divine titles as a surname. For example:

This points to the composite nature of the Jewish God of Light as an entity responsible for the creation of many religions and priesthoods — not only in the monotheistic era, but in the polytheistic era that largely preceded it.

The Destruction of Leviathan by God (An, El, and the Morning Star)

Archangel Uriel, the Angel of the Earth, is less well known in Jewish tradition than Michael or Gabriel. Like Raphael, his accounts appear only in apocryphal works that never quite made it into the Jewish canon, but ended up being hugely popular and influential with the early Christians. For Christians, the popularity of late Jewish scriptures as historical context for Jesus Christ and the church was continuous from the Roman into the Byzantine era. The Epistle to Jude, which is of fairly late authorship, quotes from the Book of Enoch, and thus ties Christianity to this Archangel, who is still honored by the Eastern, or Greek Orthodox, Christians.

Narilugal Uriel, as a prince of the Watchers and steward of the Anunnaki, exerted a profound influence on our history; an influence that has played out since the last days of the Ice Age. The Books of Enoch, whom he was said to have guided, contain enormous amounts of Astronomic and Astrologic data. These lost scriptures delineate an ancient science and art that formed the basis of what has been called Uriel’s Machine by author/researchers Christopher Knight and Robert Lomas — a unified system of divine control and cosmic maintenance, symbolized by the crossed globe in the Hand of the Father:

Anu -- God the Father, holding the world in His Hands

This “machine” seems to be centered upon the purpose of prediction and anticipation of natural disasters — especially cosmic ones from “Heaven”, which include meteors, comets, and supernovae. Anu is understood in Sumerian tradition to be synonymous with the Heavenly Vault and Sky. Although he manifests upon earth in a definite form (an early concept of Incarnation), His presence is a reflection of the greater cycles of the Universe and the Galaxy — particularly in their relation to the inhabitants of Planet Earth. Earth is also called “Urantia” — ‘Land of the Light of An”, or Land of the Light of Heaven. The Greek theologians dimly remembered Anu through the mythos of Uranus, who was castrated by his son (El or Kronos, depending on the account), but whose testes produced Aphrodite, the Passion Goddess. Similarly in Sumer, Inanna was held to be Anu’s beloved granddaughter, whom he was given to spoiling.

Coming back to Nariel/Uriel, the Archangel of the Watchers (Igigi) is seen to be a protective and benevolent watcher thereby of the entire human race, who defends us against the “Wrath of Heaven” and appeals to God on our behalf. As a member of both the Annunaki and Igigi orders, he is also able to protect gatewalkers, psychics, magi, and other spiritual descendants of the devas and human women: the Giants or Gigantes, who are also called the Nephilim (Fallens) in the Hebrew scriptures. Although he is less popular and well known as his other three brothers, he is a guardian of those who most require light amongst darkness. This is the favorite archangel of Occult/Dark Fantasy author Storm Constantine, who has written many stories about the fallen angels.