I would like to welcome everyone here to the Gate-Walker’s Journal. If this is your first time here, please feel free to read some of our previous articles to help you understand where we are in our current discussion.

I have found a very useful resource in understanding the DinGir of the Necronomicon Tradition is made way by studying the Way of the Orishas. I am sure that many of our readers have heard of the African Tradition. I would like to illustrate this a little further in the essay through a list of correspondences. Those who are interested in Gate-Walking will find this information useful since many critics of the great Necronomicon Tradition have made the error of comparing the Simon Necronomicon to a Western Magical system and not with a system of divination comparable to indigenous peoples, such as Ifa, Shinto, and others. Basically, all these energies are variations of different kingdoms  of the Jinn.

Although there are many western occultists who have done a great deal of work and have made  a bit of progress in their own field of work, some have made the grave error thinking that the Necronomicon Tradition as a form of so-called “chaos magick” and  have only hurt their lives by making such assumptions.  The Simon Necronomicon is a book of Jinn Science.  it says in the Magan Text it describes Tiamat as the Queen of the Ghuls. Ghul is a term often used to describe the Jinn. The Mad Arab received the Three Seals of Masshu from the Jinn, which he describes in his first Testimony.

Some have often wondered what the purpose of Initiation Rites, as described in the Simon Necronomicon, is for. Simon states in the Tome itself:

“Man’s power to alter the nature of his environment must develop simultaneously with his ability to master his inner environment, his own mind his psyche, soul, spirit. Perhaps, then, the lunar landing was the first collective initiation for humanity, which will bring it one step closer to a beneficial Force that resides beyond the race of the “cruel celestial spirits”, past the Abyss of Knowledge. Yet, he must remember that the occult powers that accompany magickal attainment are ornamental only, indications of obstacles overcome on the Path to Perfection, and are not to be sought after in themselves, for therein lies the truth Death.”

In view of Simon’s statements above, we can see the grave errors that many make in approaching the great work, while using the Necronomicon. We can see that the goal is virtue, not picking up the tome and just asking for stuff, or a means to solve problems. The act of spiritual evolutions gives one tools that they need to solve their problems, while not solving the problem for the Practitioner. This is how the Initiate  gains the needed wisdom to grow in life. If the DinGir were to just to answer the “prayers” of the Initiate , then the novice would not learn on his own to learn the skills needed to develop spiritually. Virtue must be maintained in all aspects of the Necronomicon workings. The more virtuous we are the more the DinGir will respond to us.

The problem with associating the necronomicon workings with Chaos Magic is that the magician mistakenly assumes that they are not offending the said deities that they are trying to entreat. If were to look at the example of government, we find it very rare that someone can go directly to the President’s house without being invited. So how is it that one can call out entities, some even being directly responsible for the creation of man?

In Necronomicon Cosmology, as well as in the teachings of Taoism, it is taught that the divine force that is being entreated by the candidate resonates internally and externally. The ancients kept a record  of the scientific process to keep such interactions in a healthy way as was done though ritual. This what is the Mad Arab calls the “formulae.” Since the powers of the “cthonic mind” are not accessed by thought, the ancients knew that they could be accessed by ritual. Another mistake made by beginners in the occult world is that they think all these things can be accessed through the mind. This statement is not incorrect in itself, but the “mind” that is mentioned in many esoteric texts is neither the logical or subconscious mind.

Comprises have been made by many newcomers who are attracted by the Greater Mysteries, due to their impatience , as they seek to be an “adept” by any means necessary. 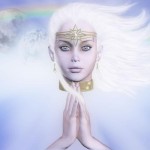 A Review of Taharka Bey’s Peace and Love – A Rap Music Classic!