こんにちは. Some scholars make the claim that the Simon Necronomicon is not a Sumerian grimoire. They are correct. It is a form of magic that is older than Sumeria. It initiates the practitioner in the worship of Tiamat (serpent worship). We read about this ancient rite in the Introduction of the Simon Necronomicon:

“S.H. HOOKE, in his excellent Middle Eastern Mythology, tells us that the Leviathan mentioned in JOB, and elsewhere in the Old Testament, is the Hebrew name given to the Serpent TIAMAT, and reveals that there was in existence either a cult, or scattered individuals, who worshipped or called up the Serpent of the Sea, or Abyss….In both the European and Chinese cultures, the Dragon or Serpent is said to reside somewhere “below the earth”; it is a powerful force, a magickal force, which is identified with mastery over the created world; it is also a power that can be summoned by the few and not the many.”

People who are critical of the Simon Necronomicon are right; it is not a Sumerian tome, but its technology predates Sumeria and history reveals this. Before we continue further, let us look at one more reference that confirms our findings. In the text itself, the Mad Arab writes:

“From beneath the floating rock, out of the very ground where it had sat, came rising the tail of a serpent. This serpent was surely larger than any I had ever seen. The thinnest section thereof was fully that of the arms of two men, and as it rose from the earth it was followed by another, although the end of the first was not seen as it seemed to reach down into the very Pit itself…”

The ritual that was witnessed by the Mad Arab was his first encounter with the “serpent.” It was the Mad Arab’s encounter with the serpent that led to his discovery of the Three Seals of Masshu. It wasn’t Enki, Enlil, or Anu that gave him this knowledge. He didn’t discover the things that are described in the tome by interacting with a “god,” but with the serpent cult of Tiamat. With this information in mind , we can begin to understand that this technology predated Sumeria. Newsvine.com released this report:

“Last December, serpent worship made news with the discovery of a carved python in a cave in Africa that appeared to have been used for purposes of worship, dating as far back as 70,000 BC. If this is true, then snake worship has clearly been confirmed to be mankind’s oldest known religion.”

Initiation within the Necronomicon Tradition consists of walking seven gates, which leads the Initiate to the Urilia Text. Page 11 of the tome identifies the Three Seals of Masshu as the Gate to the Outside. The metal amulet that was discovered by the Mad Arab, is a symbol of Kur. It is a symbol of the Qliphotic Tree. The Mad Arab’s writings reveal this:

Nanna Gate: “Know, then, that I have trod all the Zones of the Gods, and also the places of the Azonei, and have descended unto the foul places of Death and Eternal Thirst, which may be reached through the Gate of GANZIR, which was built in UR, in the days before Babylon was.”

In the Invocation of the Nanna Gate, we read:

Nebo Gate: “Know, too, that I have spoken with all manner of spirit and daemon, whose names are no longer known in the societies of Man, or were never known. And the seals of some of these are writ herein; yet others I must take with me when I leave you. ANU have mercy on my soul!”

Ishtar Gate: “I have seen the Unknown Lands, that no map has ever charted. I have lived in the deserts and the wastelands, and spoken with demons and the souls of slaughtered men, and of women who have dies in childbirth, victims of the she-fiend LAMMASHTA.”

Shammash Gate: “I have traveled beneath the Seas, in search of the Palace of Our Master, and found the stone of monuments of vanquished civilisations, and deciphered the writings of some of these; while still others remain mysteries to any man who lives. And these civilisations were destroyed because of the knowledge contained in this book.”

In the Invocation of the Shammash Gate we read: “Spirit of the Rending of the Veils of the Night, Dispeller of Darkness, Remember!”

Shammash sheds light in dark places. It is by his light that we discover the meaning of hidden things.

Nergal Gate: “I have traveled among the stars, and trembled before the Gods. I have, at last, found the formulae by which I passed the Gate ARZIR, and passed into the forbidden realms of the foul IGIGI.”

In the Invocation of the Nergal Gate, we read: “Gate of the Lord of the ARRA and the AGGA, Open!”

Nergal is the 5th Gate of Initiation. The Magan text has this to say about the 5th Gate in the land of Kur: “Why, Watcher of the Forbidden Entrance, hast thou removed my Fifth Jewel?”

Marduk Gate: “I have raised demons, and the dead.”

In the Invocation of the Marduk Gate, we read: “MARDUK, Who assigns the Wanderers their Places, Remember! Lord of the Worlds, and of The Spaces Between, Remember!”

Marduk was known as the “quickener of the dead.” A title that means one who can resurrect.

Ganzir: “I have summoned the ghosts of my ancestors to real and visible appearance on the tops of temples built to reach the stars, and built to touch the nethermost cavities of HADES. I have wrestled with the Black Magician, AZAG-THOTH, in vain, and fled to the Earth by calling upon INANNA and her brother MARDUK, Lord of the double-headed AXE.”

Adar/Ninib Gate: “I have raised armies against the Lands of the East, by summoning the hordes of fiends I have made subject unto me, and so doing found NGAA, the God of the heathens, who breathes flame and roars like a thousand thunders.”

In the Invocation of the Ninib Gate, we read: “NINIB, Knower of the Ways of the Ancient Ones, Remember!”

This corresponds directly to what is mentioned about DinGir Ishtar when she reached the 7th Gate:

“Why, Messenger of the Ancient Ones, hast thou removed my Seventh Jewel?”

Further proof that the Gate of Adar/Ninib is in the land of Kur, can be found in the book Chaldean Magic, page 175:

“..and was afterwards assimilated to the Chaldaio-Babylonian deity Adar, and indeed furnished many characteristic traits of the original physiognomy of this god in the new religion. Nindara was the nocturnal sun, the sun hidden in the lower world during half his course.”

Some may wonder how they are able to receive such beneficial results from the Necronomicon Tradition, if its rites are indeed qliphotic? An online version of the Encyclopedia Britannica Online, under the subject Ereshkigal has this to say:

“Her power extended to earth where, in magical ceremony, she liberated the sick possessed of evil spirits…Ereshkigal’s cult extended to Asia Minor, Egypt, and southern Arabia. In Mesopotamia the chief temple known to be dedicated to her was at Cuthah.”

The Land of Kur contained the waters of life and was responsible for fertility and growth of vegetation. it could cure the inflicted. Those who are familiar with Ancient Mesopotamian myth are aware that it was DinGir Ninhursag who cures Father Enki after he got sick from eating certain plants.

The Gates represent the Cult of the Stars and Tiamat represents the chthonic rites, but in Kur they are both unified. look at the incantation of Ereshikigal’s realm:

“In the Name of our Father, ENKI, before the Flight, Lord and Master of Magicians, Open the Gate that I may enter!”

The term “before the flight” would signify a dimension before the so-called “war of the gods” occurred. It is here that we find Kur and Ur to be one and the same.

Now that we have defined the rites of the Necronomicon Tradition, as those which are qliphotic and pertain to the original serpent cult, other passages of the tome become clearer. For example we mentioned earlier that the Mad Arab received his knowledge from this same serpent cult. Let us compare his Testimony with a passage written in the Magan Text:

“From beneath the floating rock, out of the very ground where it had sat, came rising the tail of a serpent. This serpent was surely larger than any I had ever seen. The thinnest section thereof was fully that of the arms of two men, and as it rose from the earth it was followed by another, although the end of the first was not seen as it seemed to reach down into the very Pit itself…These are the signs carved upon the grey stone, that was the Gate to the Outside:

In the Magan Text we read:

“Know that our years are the years of War
And our days are measured as battles
And every hour is a Life
Lost to the Outside
Those from Without
Have builded up charnel houses
To nourish the fiends of TIAMAT
And the Blood of the weakest here
Is libation unto TIAMAT
Queen of the Ghouls
Wreaker of Pain
And to invoke her
The Red Water of Life
Need be split on a stone
The stone struck with a sword
That hath slain eleven men
Sacrifices to HUBUR
So that the Strike ringeth out
And call TIAMAT from Her slumber
From her sleep in the Caverns
Of the Earth.”

The Mad Arab wrote these words in his 2nd Testimony:

“This, if thou be lucky to die quickly, for these Cults rejoice in the slow spilling of blood, whereby they derive much power and strength in their Ceremonies…Watch well, however, all that they do and all that they say, and write it down in a book that no one will see, as I have done, for it will serve thee well at some future time when thou wilt recognize them by their words or by their actions.”

Earlier in the Urilia Text we read:

“These incantations are said by the hidden priests and creatures of these powers, defeated by the Elders and the Seven Powers, led by MARDUK, supported by ENKI and the whole Host of IGIGI; defeaters of the Old Serpent, the Ancient Worm, TIAMAT, the ABYSS, also called KUTULU the Corpse-God, yet who lies not dead, but dreaming; he whom secret priests, initiated into the Black Rites, whose names are writ forever in the Book of Chaos, can summon if they but know how.”

We can now understand why a book that is dedicated to Aleister Crowley had this to say about him:

“For he believed himself to be the incarnation of a god, an Ancient One,..” 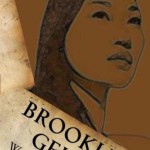 
Business woman and career model. I spend my life honoring my heritage in the Necronomicon Tradition.

6 thoughts on “A Djinn’s Perspective On The Simon Necronomicon: A True Qliphotic Initiation”