Greetings all. I do not often contribute, but I had an experience and an epiphany over the weekend that I wanted to share with everyone.

As some of you know, I am the high priest and vice president of the Church of Leviathan, one of the only fully legal occult churches in the Northeast. Recently, my church and its clergy have been the victims of character attacks and identity theft. It appears  that these attacks are part of a long standing plot to discredit my church and hurt its reputation. This, however, is the back drop of the scene and not the scene itself.

At first, I was outraged and began plotting all sorts of nasty retribution upon those I thought were perpetrating these attacks. It seemed as if this was the icing on the cake in a long line of unfortunate things that have been happening in my life lately. I felt like I was sinking in the miasma I had swamped myself in. I was seriously questioning my faith, the gods, and a lot of things.

While I was at work on Saturday, a thought came to me and I shared it with a couple of people. I realized how humorous the whole situation was. The individuals in question had chosen to use a very childish strategy to attack me. They created a false Facebook account using my name and created memes that portrayed me in a very unflattering light. Looking at this from another point of view, it was obvious these individuals were grasping at straws. It was proof that they really did not know me and were basing their strategy on what would be hurtful to a “normal” person. As we all know, however, Asaru are not “normal” people by any stretch of the imagination.

At that point, I remembered how I used to handle situations like this  before I had allowed myself to become wrapped up in the immediacy of the moment. In the past, it did not matter to me what an individual said about me or accused me of;  I would simply agree with whatever the individual (s) said about me whether it was true or not. This response tactic effectively nullifies one’s attacker and makes one unassailable. By surrendering to the moment and our role in it, we can be victorious even in apparent defeat.

I realized Saturday that these individuals really have no other way to give themselves value beyond attacking others on the internet. Their lives must be miserable; the pain they feel inside must be monumental if it forces them to lash out others with so much venom. It is unfortunate  that these individuals are blind to the blessings in their lives that stand right before them.

I realized that allowing these individuals to “have their fun” without retaliating actually ministered to them in a round about way. As the Mad Arab tells us, “…our days are filled with war…”, and many of us, myself included, at times become consumed in these conflicts. If we let it go on long enough, war becomes the focus of our existence and we descend into the same misery the individuals attacking my church are in. By choosing to surrender to the moment, we are given the opportunity to become a “vessel” of the blessings of the DINGIR. By seeing these situations as opportunities to allow the DINGIR to shine through us and keeping our focus on our devotion to them through prayer and ritual, we become unassailable. Even beyond the virtue of our initiation, any attacks against us will be as gossamer in the wind. We will feel them and then allow them to pass us by. The DINGIR will fill our hearts with joy and our lives with blessing.

Those that attack us will earn the measure they have purchased through their actions. It is unfortunate, but we are all responsible for the consequences of our actions. We can pity those that choose to feed upon corruption, misery, and vengeance because these are the things that will grow from the seeds they have planted. We can also ask for mercy on their behalf, but we must be sincere.  This sincerity is born from what we know of the DINGIR and what happens to those that anger them.

These individuals are truly pathetic creatures who plant the seeds of their own self-destruction on a daily basis. Anything we would choose to do to them would be like kicking a dying legless dog in the street. We have the power to create and destroy in the palm of our hands. How does perpetuating misery in any way serve the DINGIR or advance us along our paths?

I want to thank both my wife and Brother Amadi for helping me keep my head above water through this difficult time. Without them, I would likely be in a much worse predicament than I just extracted myself from. I hope this writing blesses all who read it. May the Dead Rise and Smell the Incense! 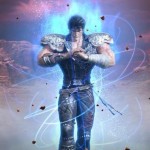 4 thoughts on “The Secret Ministry of Surrender”