Greetings! I would like to welcome everyone to the Papers in the Attic blog page. If this is your first time here, please feel free to review some of our previous articles and share your insights and comments. Stay Blessed.

Thank you brothers and Sisters for you continuous wisdom and knowledge of our heritage with has brought fantastic insight and clarity to myself and the universe in a whole to me. I wanted to write about the perceptive which I have concluded from our traditions and my personal observation of the world we live in.

The Mad Arab said in similar words said “these words are not to be shown to any man, for they will go Mad and the curse of Enki will be upon thee.”

Let’s look at the word Mad, there was a time when many men thought the world was flat. If an individual would have questioned the thought they would have been considered a mad man. Due to popular belief, In the early 1900’s Bayer aspirin use to sell heroin in liquid and pill form. We use to give babies opium to put them to sleep, and the pope use to endorse liquid cocaine.  It seems that the concept of what is normal and what is madness varies due popular belief. By understanding that we can see where brother Warlock Asylum statement is very true “Thinking positive is the key. It is a key that is not stuck on the ‘right idea,’ ”. The idea is to be positive for it brings productivity what is sometimes positive may not be the norm and so is cast out as madness.

What we look at today as some of the world ills are actually the worlds norm so by popular belief or majority  conduct it is right. And those who do not fit in or have they own view , they are considered crazy or mad. Once your tradition becomes out dated you and your tradition becomes a taboo to the norm.  If you watch current events a other media outlets you can forecast the norm. The norm can add and subtract anything they wish and consider it unexplainable or madness even if it was logical in past times. This creates holes in the equation or programming that effects them in the long run which makes them unable to resolve problems. For explain stricter gun laws make illegal gun more valuable when the problem purely steams at the psychological issues of the culture, driven on finding outlets for unjustified actions they feel powerless to overcome.

The thing about being consider mad or insane is that they stop trying to convince you and have to excepted your difference. When a court of law considers you temporarily insane they are saying you had no responsibility of your action and accepts your conduct.   Even though it might be considered beneath them or sometime the can’t comprehend relate to or accept as logical. The fight to subdue your process of thinking has stop, to be considered sane is to consider all of the norm as acceptable and your full corporation to participate  in the process. Simply if you are not the majority you are not sane regardless if your process of thinking creates positive results. With that notion we can see why the mad Arab could have been considered mad because he was different and those who read the Necronomicon could go mad cause  because the way they process and perceive the world would change making them different. I believe accepting ones differences is important if we subtract ourselves from the majority or the norm point of view we are insane mad men. But if we embraces our own perspective we are sane or a better phrase, “at peace in our own sanity or understand ex. insane”. To entertain that those who don’t think like us are wrong is to create unnecessary strife, to mix our understanding with another is unnecessary.  Let the judge in their own court, we will judge in ours. At the end the proof is in the pudding, our madness creates positive  results while their sanity is creating insanity.

For example racism is the norm even though it creates negativity, when I see a racist I know I’m talking to what is considered a rational person.  Instead of getting angry, I laugh at the notion that they are normal then trying to rectify the situation or being upset at the individual. I know that this is normal and they are just follow the program and which in time like all norms or programs will change.

Dumu Abzu-a  made a great point when he said hate and negativity is important and necessary. I feel when used constructively it can be very beneficial and at the end of the day it is still energy, very powerful energy.

I tend to redefine words like most urban people, and the best way is by example.  If sanity tends to look undesirable and the those who tend to look mad show a more flavorful approach to life. The process of change would simply take its course like it always does.  The norm will simply have to adapt or destroy itself, self- preservation sometimes needs an example instead of scolding . Telling people they are wrong is simply going to make them work harder to show you their right, it best just to show them what’s right. 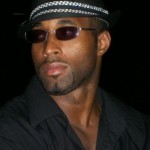 6 thoughts on “Method to the Madness”

Answering The Critics of the Ivory Tablets of the Crow With Historical Accuracy: A Defining Moment In The Necronomiocn Tradition

The Dope Cabala and a Wall of Fire

The Elder Gods in a Cup of Tea

Papers In The Attic Blog Page Celebrates Its Fifth Anniversary!