JaySolo Embarks Upon The Music World With A Blueprint For Success 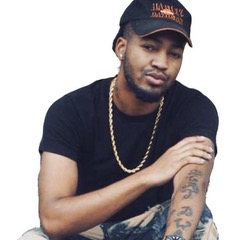 Originally from Monroe, Louisiana, the multi-talented Jalen Montez Bolden aka JaySolo is using his passion for music to carve out a career for himself along the lines of success. JaySolo is noted for his hard work ethic and creativity. As a child, Jay expressed interest in becoming a film director and began making home movies and filming some of his skits. At the age of nine, his cousins convinced him to join the local church choir. It was during this time that his profound love for music and song began to blossom.

Some of Jay’s musical influences include the legendary Michael Jackson and Lil Wayne and this was primarily due to their courage in voicing their viewpoints about various issues affecting different levels of society. JaySolo stands firm in his resolve to becoming the best that he can be in perfection of his work as a musical artist. This perspective has led to JaySolo’s blossoming profession as he has opened for acts like Boosie, Webbie, Yo Gotti, Foxxamil, Big Poppa, and etc. You can expect to hear more about JaySolo as he embarks upon the path to stardom.