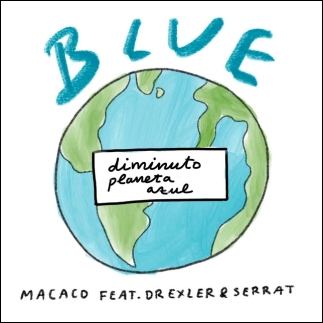 The multi-talented singer and songwriter Macaco infuses his musical skills with a stunning message about climate change with the release of the track Blue (Diminuto Planeta Azul). The song is accompanied by an amazing and equally informative music video that features Jorge Drexler. Macaco has been heavily involved in environmental activism for quite some time, even working with such organizations like Greenpeace and others. Blue is an amazing effort on Macaco’s part to create awareness in this regard. The music video unveils a great sonic terrain of captivating visual that is emotionally moving and emphasizes our place in the universe in relationship to planet earth.