Advertisements
Skip to content
11 years ago 41 min read
Alchemy is an important step to finding the truth in every religion. The pieces of the puzzle, in time will form the true story – the creation of the human race. And that is only a piece connection to the story of how the first god was born, and how magic and dimensions work.

Almost every source points that Alchemy was brought to earth by the fallen angels, who came to earth to settle with earthy women and have children. As said in the book of Enoch, 200 fallen angels were they, each of them teaching different technologies and arts the human race.

Kinda weird when you think that the first humans to know all the new technologies were all women, if I’m not mistaken. I know it sounds weird but what if some of the fallen angels were women or gay? What if they also tough some friendly men?Technology still was spread mouth to mouth to entire societies, but the fact is – The brides of the fallen angels were the first inventors of the human race (or more like passing the knowledge) Since the fallen angels are the one giving it.
It is also said that God (YHVH) taught his elite angels Kabbalah. Main question now is “Does god think humans are worthy to be taught Kabbalah and Alchemy?” While i don’t know how Kabbalah was taught to humans, evidence points to fallen angels being the one teaching Alchemy and advanced arts like Metallurgy, Herbalism.

And now let us continue the origins of Alchemy with a collection of notes from “alchemy: The Black Art” by David Cherubim.

– It seems Internal and possibly internal/sex alchemy has roots in Taoism.
– Even more roots in Egypt. Chinese were doing alchemy in 500 B.C.
– Seems that it started as metallurgy in Egypt but as spiritual teaching in China.
– Hermes Trismegistus seems to be the legendary founder of Alchemy identified as Tahuti – Thoth?
– The black art/Hermeticism/Hermetic art being synonyms.
– Must research Lao Tze – founder of the grand philosophy of the Tao, for spiritual/internal Alchemy.
– Buddhist Mahayana Avatamsaka Sutra references the Elixir of Life:
“There exists a Hataka juice of essence. One measure of this solution can transform one thousand measures of bronze into pure gold.”
– Hindu Atharva Veda (older than 1000 B.C.) contains more mystical words about the Elixir of Life.
– They say the Elixir of Life is the Magnum Opus/Great work of Alchemy.Is it possible to be the same mixture Hiram Abiff made before/after water was poured into his great work of art?
– Mentions in Genesis (before the flood) that the Sons of God were the fathers of Alchemy.
“Fallen Angels”/”Fallen Stars” of God who mated with women on earth and taught them the secret craft.
But Cain, Abel and Seth are the sons of God, not counting Adam and Eve. Is it referring to only Cain and his fire line of sons? Well, Cain is the son of Samuel…

– Another legend based on Genesis says Abraham was the founder of Alchemy as well as Qabalah.
His Alchemy Wisdom transmitted to his son Ishmael, born in Hagar. So, Arabs and Sufis would be the true holders of Alchemy? Qabalah knowledge was transmitted to his other son Isaac, born by Sarah, making Qabalah the sacred tradition of the Jews.
– Philosophic roots of Alchemy found in ancient Greeks, Byzantines and Arabs.
Greek school for Alchemy founded by Zosimos in Alexandria around 4th century A.D.
Zosimos thinks that Alchemy comes from the Egyptians.
– Seems that Alchemy goes from Alexandria to Byzantium in the 5th century and eventually adopted by the Arabs. Arabs conquered Egypt in the 7th century? Arabs seem to continue Alchemical research and from 7th to 11th century they spread Alchemy to all the countries they conquer.
– Spain became one of the great hermetic centers in that time line.
– Alchemists assert the famous Tabula Smaragdina (The Emerald Table of Hermes).
– Legend says that the Tablet was discovered by soldiers of Alexander the Great in the hands of Hermes’es mummy in the Great Pyramid of Gizah – the Tomb of Hermes. Wait… Hermes, the Greek God?
Another reference to Thoth? Another clue that all religions are just the same story with different names?
Must research Crowley’s work on Thoth – May gain more Alchemical knowledge.
– Hermes engraved the words on the Tablet himself?
– Earliest record about the philosophy of the Tablet found in Leyden Papyrus dating to 300 A.D. and discovered in 1828 in the tomb of an anonymous Egyptian magician of ancient Thebes.

Utter the Word of Majesty and Terror! True without lie, and certain without error, And of the essence of The Truth. I know The things above are as the things below, The things below are as the things above, To wield the One Thing’s thaumaturgy — Love.
As all from one sprang, by one con­tem­pla­tion, So all from one were born, by per­mu­ta­tion. Sun sired, Moon bore, this unique Uni­verse; Air was its char­iot, and Earth its nurse. Here is the root of ev­ery tal­is­man Of the whole world, since the whole world be­gan. Here is the fount and source of ev­ery soul. Let it be spilt on earth! its strength is whole. Now gen­tly, sub­tly, with thine Art con­spire To fine the gross, di­vid­ing earth and fire. Lo! it as­cen­deth and de­scen­deth, even And swift, an end­less band of earth and heav­en; Thus it re­ceiveth might of du­plex Love, The pow­ers be­low con­joined with those above, So shall the glo­ry of the world be thine And dark­ness flee be­fore thy SOVRAN shrine. This is the strong strength of all strength; sur­pass The sub­tle and sub­due it; pierce the crass And salve it; so bring all things to their fat­ed Per­fec­tion: for by this was all cre­at­ed. O mar­vel of mir­acle! O mag­ic mode! All things adapt­ed to one cir­cling code! Since three parts of all wis­dom I may claim, Her­mes thrice great, and great­est, is my name. What I have writ­ten of the one sole Sun, His work, is here di­vined, and dared, and done.”

Comments: So, this is the first translation of the text on the Tablet?
“The things below are as the things above” Reminds me of a picture in masonic teachings with the picture of a priest with his reflection being a demon.
“So all from one were born, by per­mu­ta­tion. Sun sired, Moon bore, this unique Uni­verse; Air was its char­iot, and Earth its nurse. Here is the root of ev­ery tal­is­man Of the whole world, since the whole world be­gan.” Interesting, another refer to a water/fire or Samael/Eve merging to create mercury/perfection.

Now starting CHAPTER 1 of the book.
– blablabla, the royal Art (Ars Regia).
– The 3 types of Alchemy:
Artisinal Alchemy (outward work/external/metallurgy)
Mystical Alchemy (inward work/internal/philosophy) The 7 steps to perfection.
Sexual Alchemy (connecting both methods? Well sperm and all that are chemicals.)
Interesting how Artisinal Alchemy and Mystical Alchemy can be the same thing. Since we are all made of atoms. We are all Fire/Water merging into Mercury, or should i say Salt and Sulphur?
– The magical number 7, number of the Gods perhaps? 7 Steps in Mystical Alchemy to become perfect.
7 Base metals that can be turned into gold (and elements extracted from them to create the Elixir of Life.
7 Steps in Masonry to become perfect (stolen from Alchemy?)
Like the picture of a priest with his reflection being a demon wasn’t enough stealing the tablet writings.
I wouldn’t call it stealing. Acquiring knowledge, just like the Arabs took it.
The Freemasons really have all knowledge collected. I Hope there is a chemist amongst my lodge.

More clues:
– Eliphas Levi says – “Yes, gold can be made really and materially by means of the Stone of the Sages.”
– Johann Baptista van Helmont, famous Belgian Physician and Chemist who coined the word gas from the Greek word chaos claims to have performed transmutation of mercury into gold.
Details published in his work “The Garden of Medicine” MUST READ.
– Johann seems to have been visited in 1618 by a stranger who gave him a few grains of powder.
He said “I saw and handled the Philosopher’s Stone. It was a saffron-coloured powder, very heavy, and it glittered like splinters of glass.”
My comment: Philosopher’s Stone/Elixir of Life/Glittery grass mixture (same as the Moulden Sea Hiram Abiff made?) seem to be the same thing?
But why is it mentioned as powder, or as a stone, or as an Elixir liquid/weird grass mixture?
The word grass is not a typo of glass. Hiram Abiff’s Moulden Sea was mentioned to look like a grass liquid field. Furthermore why is it said that the Philosopher’s Stone is actually our perfection achieved thanks to Spiritual Alchemy when it has the same name of the mixture that turns metals into gold?
– Johann recorded that the stranger was seeking to “convince an illustrious scientist whose work is an honour to his country.”
– Johann used the powder and successfully made gold.
– Helvetius (Johann Friedrich Schweitzer) encountered a stranger in 27th September 1666.
Receives small ivory box of powder coloured like pale sulphur.
Stranger says “You see this powder, well, Sir, there is enough of the Philosopher’s Stone here to transmute forty thousand pounds of lead into gold.”
Stranger does not give him any powder, but shows some gold he claims an Adept made.
Stranger returns after 3 weeks permitted by the Adept. He says:
Powder must be wrapped in either a lump of wax or piece of paper to protect it from the fumes rising from the base metal, which would otherwise take from it the power of transmutation.
Stranger says he will return tomorrow but doesn’t return. Assassinated?
Helvetius tries and succeeds turning an old piece of lead piping which he put in a crucible over a fire.
When the lead pipe melted his wife dropped the powder on to it, which was contained and protected in wax; and at the end of a quarter of an hour the lead was successfully transmuted into gold.
Helvetius does it again in the official laboratories under observation.

– Asserted that the famous Alchemist Eirenaeus Philalethes was the stranger who visited them both.
– Stranger’s real names presumed to be Thomas Vaugham. But Thomas died in 1666?
– Philalethes gives Jean Lange the book “The Open Door into the Secret Palace of the King” to be translated into Latin.
– Isaac Newton took this book to heart studying it for over 20 years. Y SO obsessed with this book?
– Robert Boyle was also respectful of Philalethes financing the publication of Newton’s “Principia”.
– In 1661 Boyle admits he tried to make gold by failed in treatise called “The Skeptical Chymist”.
– Edward Kelly (real name Talbot, born 1555) purchased Alchemical manuscript and two forms of a powder, one white and the other red, from a man who took them from the tomb of a Catholic Bishop. Fails to understand the manuscript and returns to London. Contacts astrologer Dr. John Dee who deciphered it. They successfully make gold.
Kelly performed public transmutations in Prague, Bohemia.
– Invited to perform at the court of the Emperor Maximilian II of Germany. Successful, Kelly got the rank of Marshal of Bohemia. Kelly failed to make more of the powder and was imprisoned.
– John Dee got Kelly released, both trying to make the powder and failed. Kelly killed a guard and was imprisoned. In jail he wrote “The Stone of the Sages” (must read). Send the book to the Emperor promising to tell him the secret of he would set him free. Emperor didn’t believe him.
Kelly escapes and breaks his legs and two ribs. Dies from injuries in 1597.

The commentary on these notes is mine from before a month. I will comment on these and continue the story in “Origins of Alchemy” part 2. 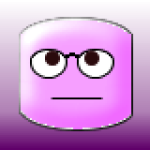 8 thoughts on ““Origins of Alchemy””

Make It Rain by Mike Berman