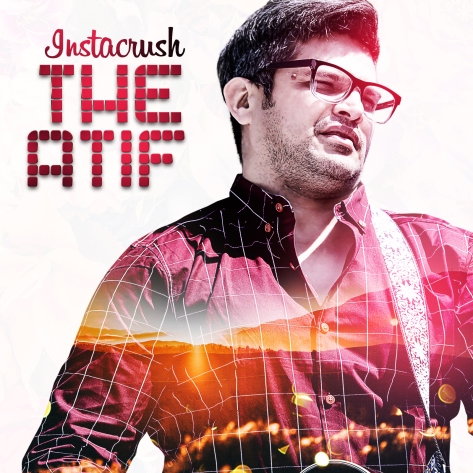 Poised with musical brilliance, The Atif are en route to building a legacy of melodious charm. Led by the multi-talented entrepreneur, filmmaker, musician, and songwriter Atif Ali Khan, this musical outfit’s catalog has grown rapidly, as a portion of Khan’s work seems to be inspired by the legendary Michael Jackson. Earlier this year I had the honor of reviewing the band’s single Sweet Spot. Since this time The Atif have been working hard as evidenced by their new single Instacrush.

Instacrush is a vibrant tune infused with an ear-catching measure originality. The track has an attractive rhythm that strongly resembles the escapades of electro-pop, elements of progressive rock, and world music. Instacrush possesses a strong rhythmic guitar lead that compliments its crisp funky bassline. Atif Ali Khan coats the song with an enchanting vocal filled with soulful harmonies. Instacrush is further enhanced by a fitting female rap vocal nearing the conclusion of the song. As with many other releases by The Atif, Instacrush comes with a music video, which is equally matched with onscreen lyrics and alluring cinematography that gives its theme of a romantic crush in a digital age a concrete visual. Instacrush by The Atif is something that we can easily adore as love at first listen.